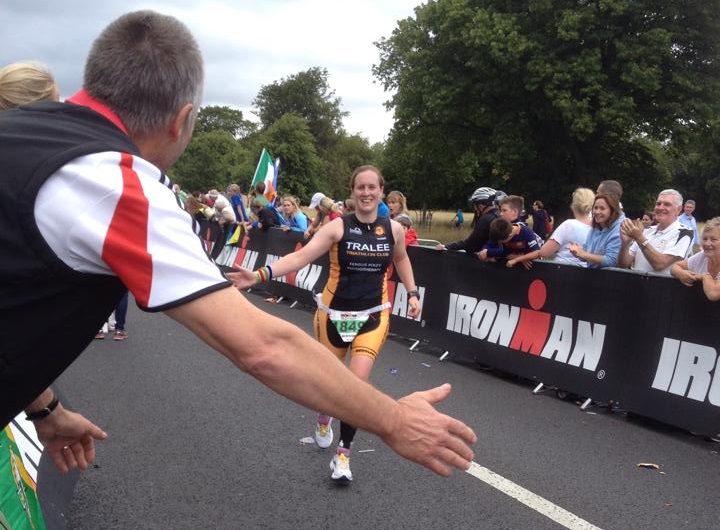 And the award goes to…… Leanne McCarthy 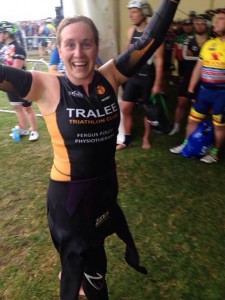 Again this year, the Club has achieved new heights, in terms of membership, level of training, increased participation and achievements of club members. We had over 140 members this year, which is a fantastic achievement for a relatively new club.

None of this would have been possible without the support of our sponsors. Fergus Foley Physiotherapy was the main club Sponsor again this year.

The Fergus Foley Special Recognition Award is given to the club member who not only had outstanding sporting achievements, but who also served the club, demonstrated team spirit and was involved through the years in getting Tralee Triathlon Club to where it is today. 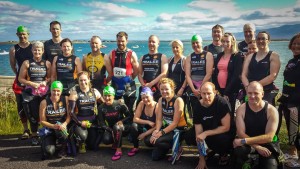 Leanne McCarthy has been a member since the start. She has served on the committee for over three years. She is a former Chairperson and secretary of the club.

If you joined the club in recent years, more than likely, Leanne was your main point of contact, from booking training, ordering gear, dealing with queries and providing advice.

Leanne is one of those people who doesn’t seek the limelight. She has worked away in the background, doing the often thankless work that no one sees. She is positive, encouraging, selfless and has bucket loads of club spirit. She rocks! 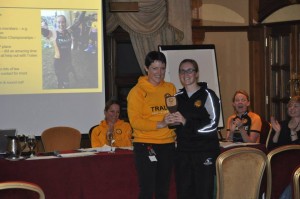 As well as her work on the committee, she is a triathlete, and a highly accomplished one at that. Triathlon isn’t her only love though… she has also played Rugby and is a member of the Tralee Pipes & Drums band. Her voluntary work goes far beyond the Triathlon Club and you’ll often see Leanne out of the road coaching her fellow band members for upcoming local running events! 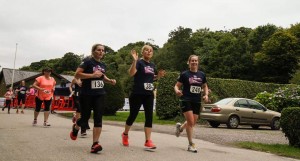 She has a soft spot for Minions for some reason. If any of you are wondering why the club hoodies are bright yellow, you can blame Leanne. I reckon she wants us all to look like Minions!

She is a busy woman, but has managed to fit in a few races and podiums this year! 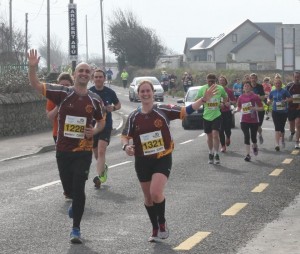 Leanne McCarthy at the Tralee Half Marathon, March 2015 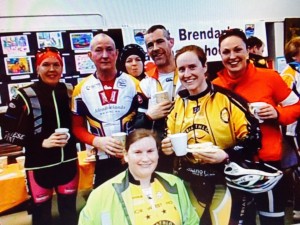 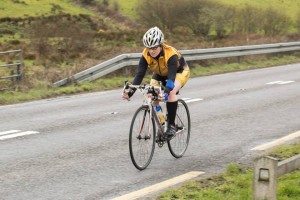 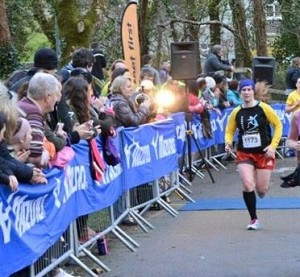 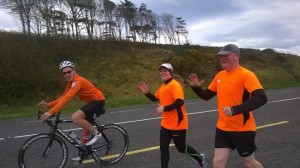 Run for Cycle Against Suicide 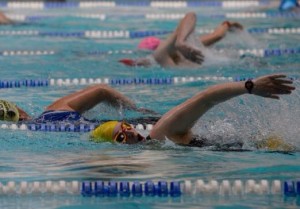 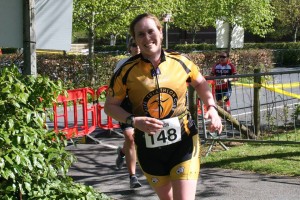 May: Cycle Against Suicide 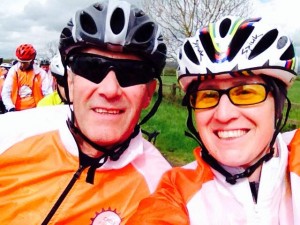 She has north Kerry blood! Leanne with her Dad, Dan McCarthy, at the Cycle Against Suicide, May 2015 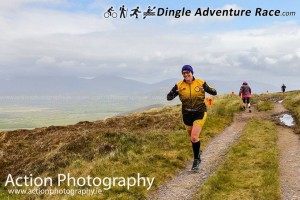 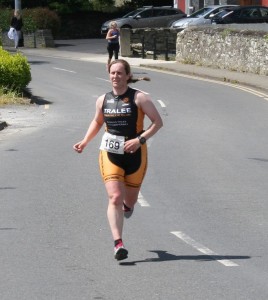 Leanne, giving it welly at Up the Creek Triathlon, June 2015 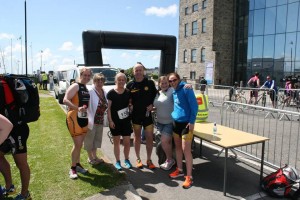 Leanne at the Up the Creek Triathlon, June 2015 with her Mom Ann, Maura, Damian, her sister Vicky and Catriona 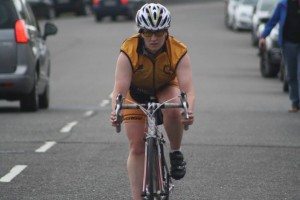 Leanne at the Lee Swim July 2015 with Annie, Maurice and Catriona 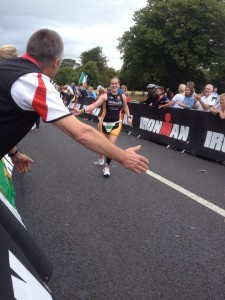 Leanne at the Dublin 70.3 Ironman – she smashed it! 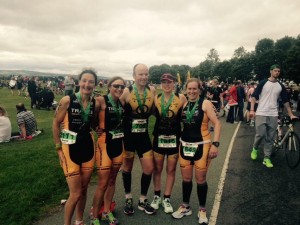 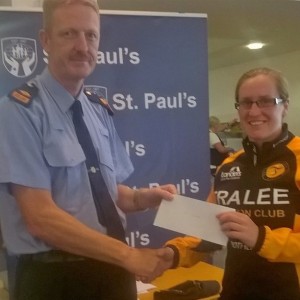 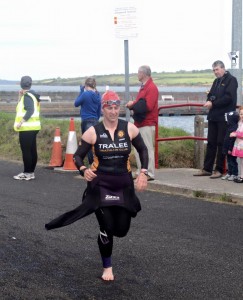 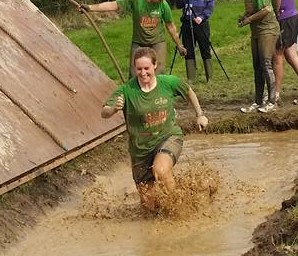 At Adare to Survive with Nisus Fitness, September 2015 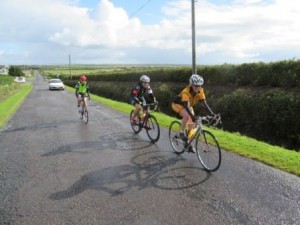 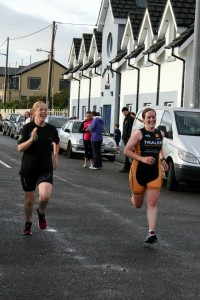 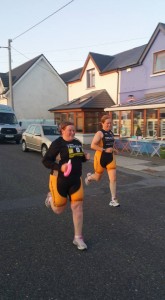 Leanne and her family are all heavily involved in the club. Her sister Vicky was also a committee member and if she is not taking part herself, she is usually around with the camera getting the action shots.
Leanne’s Dad, Dan McCarthy, is also a member of the club. He bit the bullet this year and was one of our many impressive newbies to take to open water and complete his first Triathlon. Well done Dan.
Finally, Leannes Mom, Ann, in Sinead Staffords words, is like a mammy to the rest of us. She comes to all our triathlon training events, mini triathlon races and Sunday swims and always has a word of encouragement or praise. She has a heart of gold.
At our Sunday swims, Mrs McCarthy provides the tea and coffee, biscuits, buns and what ever else she can rustle up. What a family! 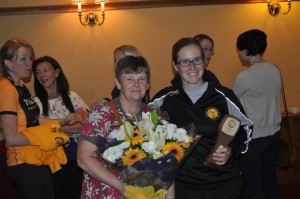 Thank you Leanne, for all your hard work, for your club spirit and for all your encouragement.  Well deserved! Respect! 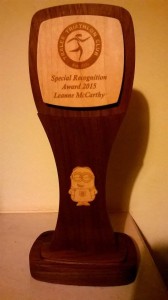